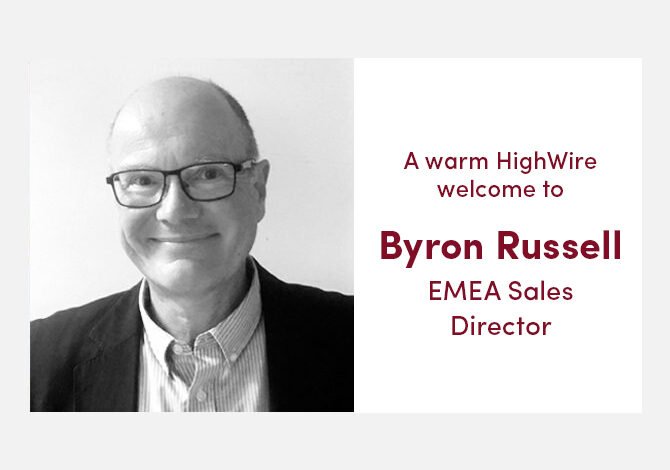 This guest blog originally appeared on The Scholarly Kitchen on October 23, 2019.

At the recent OASPA conference in Copenhagen, there was almost universal concern that the transition to open access (OA) publication of research as posited by initiatives such as Plan S and Horizon 2020 was progressing too slowly; impeded by lack of awareness and importance by authors and researchers, and questions from publishers about long term sustainability and the appropriacy of business models such as author processing charges (APCs).

There is still a significant lack of awareness of what OA is or means in the research community, particularly in the humanities and social sciences (HSS). Even in STEM fields, where awareness is far greater, authors are faced with a dilemma: to publish in a fully open journal, or in an established subscription or hybrid journal which may fall outside the scope of Plan S. Generally, authors want to join a club which they view as better or more impactful than the one they’re in. If they do wish to publish OA in an established hybrid publication with a high Impact Factor (IF) ranking, how to pay APCs – often accepted to be the most common business model in OA publishing — is a particular problem for those without ready access to funding sources.

In some territories, particularly in the Global South, APC agreements are regarded with suspicion and are not widely used. In South Africa, for example (according to UNESCO’s GOAP), OA is not yet integrated into everyday practice for researchers and research administrators and, “article processing charges…are definitely not the way to go for authors in South Africa”.

Publishers – especially small university presses and small society publishers — may not have marketing or administrative resources to raise the IF of their OA journal, or implement the wide-reaching changes to their systems to move to an OA model; they may get around this by publishing via larger publishing partners, losing their independence in the process. If they decide to move to OA themselves by going down the APC route, they may not have the staffing available to administer APC payment processes.

Plan S guidance states funders will not fund APCs for hybrid OA journals where the journal is not part of a transformative agreement, unless the author can deposit their article in a recognized repository at time of publication without any embargo. But this green OA approach, while fast-tracking the article’s availability, is essentially is a fudge which may impact negatively on future publisher revenues and is unlikely to be sustainable long-term.

In September this year Information Power published its Society Publishers Accelerating Open Access and Plan S (or, more conveniently, SPA-OPS) report, which identified and assessed a range of potential models through which learned societies could successfully transition to the requirements of Plan S. HighWire was pleased to be able to contribute logfile data on behalf of two of our society publishers (Portland Press and The European Respiratory Society) so that the usage of OA articles by various organizations across the globe could be analyzed as part of the project. SPA-OPS describes 27 potential business models, of which the APC-based models number just three.

Transformative models, which repurpose existing institutional spend with publishers in order to move them away from paywalled content to an OA model, are widely viewed as the most promising. The key benefit is that they offer a predictable, sustainable funding stream for authors and publishers. There appears to be  considerable support – at least in principle — from library consortia and their members to target existing spend in this way in order to help society publishers make the move; according to SPA-OPS, more than 75% of respondents indicated such financial support was “very likely or likely” to be forthcoming.

As libraries and library consortia provide publishers with most of their subscription income in any case, it makes sense for such funds to be used to “open up” content – and in theory it is far easier for publishers to administer consortium agreements rather than thousands of APC micro-payments. However, it may still be a challenge for smaller independents, which may well not have the staffing resources required. One way around this is for a third party to manage the various actors.

One of the pioneers of transformative agreements (TAs) was Knowledge Unlatched; under then-director Francis Pinter, KU developed a consortium-powered model to enable publishers to flip books to OA. This type of TA – a “choreographed” model, in which an independent body manages the relationships between author, publisher and funder — has several advantages; not least the reduction of the administrative burden on all key players.

There are at least seven different transformative models currently operating globally. There is insufficient space to outline them all here, but it is worth looking at three of the most interesting:

In RAP agreements, an institutional consortium pays a pre-agreed amount for papers published by affiliated authors, and everyone in the library/consortium gets access to the subscription content for no extra cost. The German Projekt Deal agreement with Wiley (the third largest publisher of German research) is an example of RAP. Corresponding authors affiliated with eligible institutions may publish OA under the agreement in Wiley’s subscription and fully OA journals. However, there can be a tricky balancing act involved: those institutions with larger research programs may pay more than those with lighter research outputs, yet both sets of institutions benefit equally. Publishers offering a RAP model include the Royal Society of Chemistry and – somewhat more controversially – Elsevier.

A PAR agreement is similar, but here the amount of money paid to the publisher for the deal is guaranteed, and in exchange authors (or a subset of authors, depending on the arrangement) can publish OA within that publisher’s journals without paying an APC. Publishers offering PAR models include Springer Compact and Oxford University Press.

As should be immediately clear from the examples above, publishers offering PAR and RAP agreements are bigger fish – those with sizable amounts of content which creates negotiating efficiencies for libraries. So as with the Big Deal, opportunities for smaller publishers and societies to move to a PAR or RAP model are limited.

The Collaborative Organization: Several of the speakers at OASPA stressed that “going it alone” was no longer an option, and that collaboration and sharing would be key to a successful transition to OA. COPIM (Community-led Open Publication Infrastructures for Monographs) was set up in June 2019, and — among other work plans — aims to pilot diverse business models for OA book publishing, and so to reduce the dependence of publishers on author-facing book processing charges (BPCs), as well as to better facilitate new OA publishing start-ups. The initiative is attracting a lot of attention, and will be funded by a £2.2 million grant from Research England.

Such collaborative initiatives are surely to be encouraged; as mentioned earlier, the transition to OA is more likely to negatively affect small-to-medium sized publishers; particularly those involved in HSS monograph and book publishing. This problem was widely acknowledged at the recent OASPA conference, where Paul Peters (CEO, Hindawi) suggested an OA switchboard whereby a central agency would choreograph APC payments and automate repository deposition, thereby freeing both funders and smaller publishers from the burden of administration. OASPA itself is looking to kickstart this project with $10k in funding from 10-20 initial stakeholders.

While there is still life in the APC model, the overall view seems to be  that it is a transitional model which is in decline. What is certain is that if real progress is to be made towards OA without significant damage to publisher revenues (and in consequence academic publishing), greater collaboration will be necessary between major stakeholders. Transformative agreements underpinning such collaborations are the most promising business model to-date in the OA ecosystem; the SPA-OPS report’s accompanying toolkit includes an implementation model and specimen contract templates, and the hope and expectation is that societies will use this to offer transformative agreements from next year.

HighWire founding director John Sack is currently planning a workshop to be held early 2020, to identify which models are proving most popular and share knowledge around early business impacts. We welcome input from publishers and societies who would like to be involved.