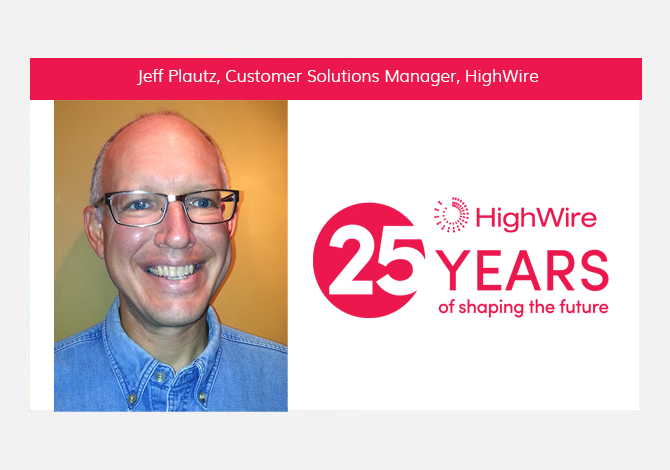 Last month saw HighWire’s 25th anniversary, a huge milestone in our history. Founded by Stanford University during the early days of the web, HighWire pioneered the online revolution in scholarly publishing.

Customer Solutions Manager Jeff Plautz has been with HighWire since 1998. In this blog post, Jeff gives us some insight into the early days of HighWire from a development perspective.

What do you do at HighWire?

I look at the majority of the requests sent in by the publishers for new development work, then talk with the publishers to try to figure out the best way to meet their business needs. After we have a plan and spec worked out, I engage the technical staff at HighWire to determine who would be involved in implementing the plan, and how long it will take to do so. Based on that I generate a quote for the project, and if that is accepted, I put it on the schedule and hand it off to the delivery team. Because I get to stay involved with cutting-edge ideas from all of our publishing customers, I often say that I have the most interesting job at HighWire!

What was your background pre-HighWire, and how did you get involved?

I started with HighWire right out of graduate school.  I’ve enjoyed working with computers ever since I was in grade school, and by 1998 I knew enough HTML to put together a website. The ‘traditional’ career path for a new Biology PhD was to go straight from school to a post-doctoral research position somewhere, but I wasn’t sure that was the thing for me. At the time I was trying to figure out what to do after graduation, HighWire hosted six or eight journals, and I had articles published in three of them. I noticed that they all had a little logo in the site footers in common, so I clicked on it on a whim. I read more about HighWire and was pretty excited about what I saw: here was a brand new venture, backed by one of the premier universities in the world, that was going to utilize (or create) new technology to help distribute the types of research information that I loved. I applied for their open developer position that day, and had an email back from John Sack the next. I flew to Stanford for an interview two weeks later, and started working for HighWire a few weeks after that.

HighWire pioneered the first online journals. What was the reception to that like at the time?

The early days of online publishing were truly ground-breaking, and played a large part in accelerating the pace of research. Over my career in research and publishing, my own literature-searching techniques have gone from dusting off journals that were packed away in boxes in the attic of a library, to reading two-month-old abstracts that were delivered to the library on CD (but they were searchable! At least when you didn’t have to wait for someone else to finish with the CDs…), to online metadata searches with PubMed. Those all represented improvements, but even when you knew what article you needed, you still had to track it down – often in another building – then hope that someone else wasn’t reading the issue already. Now, we’re at a point where hundreds of thousands of researchers have instant, concurrent access to the complete, indexed full text of millions of articles spanning back 500 years (or more!).  I would call that the single most transformative event in the history of research, and I’m proud to have been with HighWire as we were part of that revolution.

Any anecdotes from the early days?

Starting work at HighWire really was trial by fire. I was hired for my domain knowledge as a scientist who had published in print and also online, so it was a leap of faith on HighWire’s part that I could actually build a website (and thanks to Todd McGee for setting the precedent that a biologist could learn how to build journals!). On my first day, John Sack gave me the HighWire purchasing card, pointed me in the direction of the Stanford bookstore, and told me to go buy what I needed to learn how to program, because in two weeks I’d be expected to start work on my first production website. That was a really unusual way to start a job!

I was HighWire’s first remote employee, moving from the San Francisco Bay area to the Washington DC area in 2000; there was a benefit to the company to have an employee in the Eastern timezone, and I was also available for in-person meetings in the DC/Baltimore area. HighWire has been wonderfully supportive of teleworking since the beginning. In the early 2010’s, I had access to all the scholarly journals available to Stanford University, as well as all the journals published by HighWire, making my basement the largest scientific literature access point in the state!

What challenges and changes did you see play out during the shift from print to digital for journals?

The first is the shift to open access. Some open access proponents naively argue that the internet has removed cost barriers to publishing, and because journals no longer need to be printed, they should be free. However, this view ignores the great deal of work that goes into preparing an article for publication (although to be fair, I didn’t appreciate the amount of work needed for each article until I started working in the publishing business). Of course, scientists are free right now to publish their work online, on their own, and make it available – in fact, thousands of ‘scientists’ do that every day! What separates crackpot posts from scholarly literature though is the high level of review by editors and peers, as well as text editing, figure improvements, and associated summary/news articles that put the research into perspective. As a former researcher, I understand the desire for information to be free, but I also appreciate the need for scientific vetting and editorial improvements – so far no one has found a viable model to make those parts of the publishing process free.

The other major challenge/opportunity that I’ve seen is the shift from an article as a static, stand-alone piece of printed literature, to a dynamic, interconnected node in a knowledge web. For thousands of years, anything that was written/published stayed in that snapshot state forever. With the internet though, that doesn’t need to be the case. Publishers are already integrating dynamic content into their articles (videos, manipulatable data sets, reader comments, etc.), and are linking richly to show where that article fits into the bigger scientific picture. All of that still has roots in the static, never-changing article model though. I do see some really disruptive changes coming down the road, which will be made possible by a shift in mindset that frames the article as the core unit of information. Some tantalizing examples of that are the concept of an article being a living document (why publish an errata when you can just update the original article – with proper change tracking of course!), and the mass analysis of article facts with artificial intelligence and machine learning.  I’m very excited to see how this all plays out!

What innovation or initiative are you most proud of your own or HighWire’s involvement with?

Scientifically, the most exciting project that I worked on was the 2001 publication of the Human Genome, in Science. That was one of the most significant research milestones that happened during my lifetime, and I’m still grateful that I was able to be involved in it. A publication of that magnitude required a great deal of interesting work in article layout, special feature display, and systems work to accommodate the huge surge in traffic that came along with an article that was published to international fanfare. We worked closely with AAAS for many months to make sure that publication day went smoothly, and I’m happy to say that it did!

From a publishing perspective, I’m happy about my involvement with preprint sites bioRxiv and medRxiv.  Those have taken off faster than expected, and receive a huge amount of submissions and traffic; they’ve definitely been transformative in the biomedical publishing space. Their publishers, Cold Spring Harbor Laboratory and BMJ, treat our relationship as a partnership, and I’m grateful that I’m able to help in the development of these sites.

On a personal level, the things that I’m most proud of are the things that don’t get noticed! Over my years at HighWire, I’ve worked with dozens of publishers on hundreds of sites making thousands of enhancements, all to make the sites better able to present scientific information as effectively as possible. I’m still excited to know that the things I do every day have a scientific impact.

If there’s one thing you’ve learned during your career that you’d like to give as advice to others in the industry, what would it be?

Details matter. In scientific research, every character has meaning, and even a slight change can throw off the results, or their interpretation. That extends to scholarly publishing, too; not only in the fidelity and presentation of the information, but also the general quality and usability of the website. The quality of the work we do at HighWire on behalf of our publishers reflects directly on them, and the data that they’re trying to present. A website that is sub-optimal makes the information harder to access, and erodes confidence in the information that these publishers are trying to present. The work we do to disseminate information is hugely important – after all, science done in a vacuum might as well not be done at all – and to do anything less than our absolute best does a disservice to ourselves, our clients, the scientists who do the work, and the future scientists who will build on the information that they read in these articles.

You can read previous reflections on 25 years of HighWire from John Sack and Todd McGee. 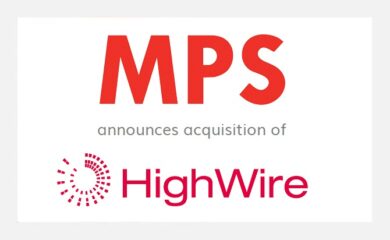 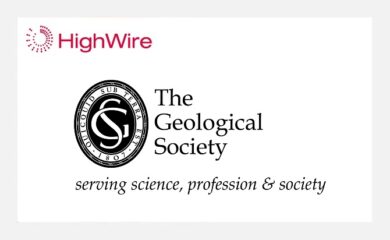 The Geological Society of London renews partnership with HighWire